What is the future of Electric Vehicle Adhesives Market? Know Covid Impact on Size, Share & Forecasts 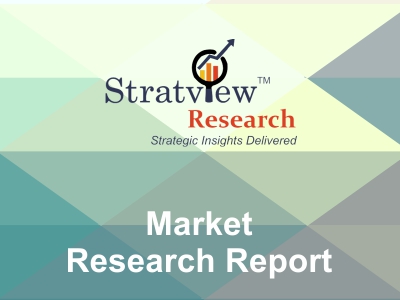 The unexpected shifts in the global markets because of the sudden outbreak of the COVID-19 virus have brought many major and minor tremors to industries of all sizes including the Electric Vehicle Adhesives Market.

It was estimated prior to this unanticipated outbreak that the Electric Vehicle Adhesives Market was expected to grow at a CAGR of 56.8% during the forecast period. However, the gradual slowing down of industries will undoubtedly impose limits on the previously estimated growth rate.

Various requirements by automakers, such as bonding similar and dissimilar materials, substitution of traditional substrates materials by synthetic substrates, and the increasing focus on environmental concerns are increasing the application areas of EV adhesives, as a result, driving the growth of the market. EV adhesives also address issues related to engineering and design as they have the ability to resist vibration, and distribute stress over a wide area. They are also lightweight.

Adhesives are chemicals used to bond or adhere substances together. In EVs, adhesives are widely used to adhere variety of application areas everywhere ranging from body closures to battery assemblies. These are widely used in place of traditional heavy fastening assemblies or mechanical fasteners and provide lighter as well as thinner bond with improved flexibility and strength.

This report studies the market covering a period of 12 years of trend and forecast. The report provides detailed insights into the market dynamics to enable informed business decision making and growth strategy formulation based on the opportunities present in the market.

Based on the resin type, the market is segmented as Epoxy, Polyurethane, Silicone, Acrylic, and Others. The polyurethane adhesive is estimated to be the fastest growing resin in the electric vehicle adhesives market during the forecast period. These adhesives are majorly used in structural bonding as well as where there is a requirement of vibration inhibitions, variation in gap because of thermal differences between the substrates. Basically, polyurethane adhesives are applied to substrates comprising of composites, thermoplastics, coated or uncoated aluminum, and coated steel. Bonding of the battery cells into the battery module tray, frames, and cooling units is another application of this adhesive.

In terms of regions, Asia-Pacific is estimated to be the largest as well as fastest growing Electric Vehicle Adhesives Market during the forecast period, with China, Japan, South Korea, and India being the major countries with lucrative growth opportunities. In 2019, Asia-pacific accounted for the largest share in the electric vehicle adhesives market globally. The contribution of this region mainly includes factors such as substantial Chinese electric vehicle market as well as all the major battery manufacturers. North America and Europe are also expected to offer substantial growth opportunities during the forecast period.

Some of the key players in manufacturing Electric vehicle adhesives are-